The March 18th, 2013 edition of Maclean’s magazine has a review of the above book by Ken Stern.

“A close look at Charities……….. brings up many uncomfortable questions about charitable outcomes.” as an example he says, “ Well drilling organizations often boast of their great success drilling wells in poor, dry areas, offering shots of happy villagers enjoying their first burst of clean water as proof. But Stern warns it’s one thing to stir up enthusiasm and money for new wells; it’s quite another to track that well, supply replacement parts and keep it in running order for decades. Upkeep of this sort requires significant internal capacity, something most charities have forsaken in their rush to pare administrative costs to zero. And donors generally (and perversely) find the prospect of drilling new wells much more enticing than dreary maintenance. The unhappy result. says the author, is a “charitable failure” consisting of “tens of thousands of abandoned wells across the undeveloped world”
“He advises anyone looking to maximize the impact of their donation dollars to ignore……….glossy pamphlets and heart-warming anecdotes in favour of the humdrum business of keeping the machinery in good working order, whatever the charity may be.”

Since the beginning of MEMO, we have pledged to maintain the equipment we donate or replace it when worn out. MEMO has spent tens of thousands of dollars buying replacement parts and consumables (such as bulk toner for printers) and for xray machines, laundry machines, laboratory equipment, surgical instruments and scopes. Most recently we spent $8000 to replace a belt in a mammography machine to keep our breast screening program going.

It is gratifying to know that MEMO is fullfilling the criteria for “A BETTER WAY TO GIVE”! 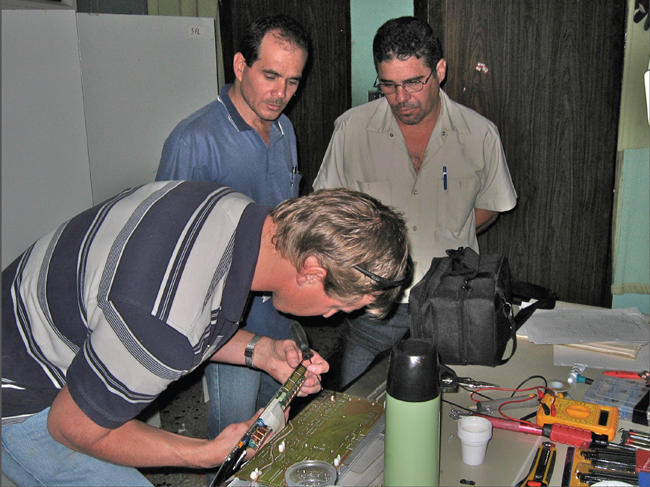