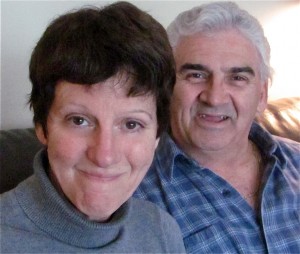 “I went to Cuba with half a heart and returned with a whole heart” is what Kathy Harman reported after spending a week  working with MEMO in Cuba.

Kathy recently retired as a surgical nurse specialist,  because of serious health problems. Kathy was one of MEMO’s first volunteers. In 2004 she helped organize the heaps of surgical equipment  that became available with the closing of two old hospitals in Thunder Bay.

She and her husband,Wayne, made two subsequent trips to Placetas hospital where Cathy evaluated needs and suggested

some improvements to maximize the use of donated surgical equipment. Kathy and Wayne worked in a low key but effective manner for MEMO .

Kathy has continued to be a strong supporter of MEMO over the ensuing years.

We wish Kathy courage, strength and peace from God as she deals with her health issues.

Thank you Kathy and Wayne.